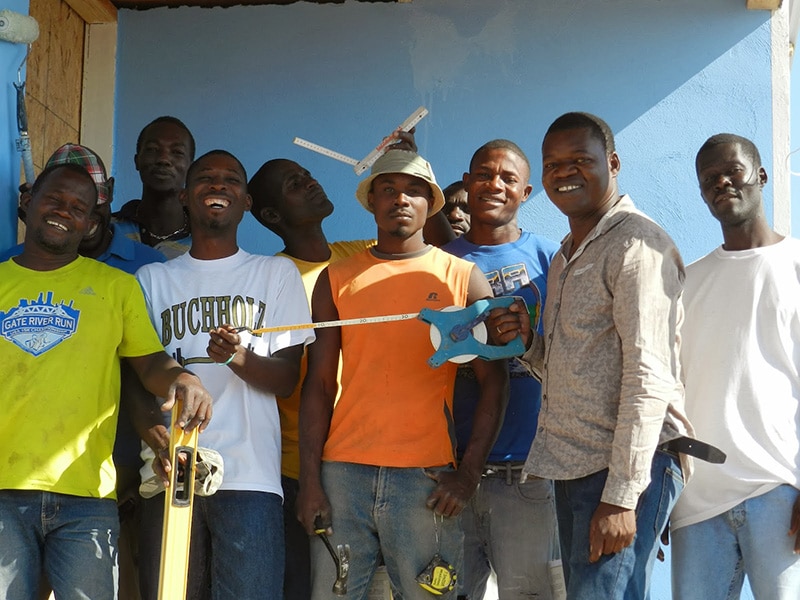 The goal of this project is to build earthquake-resistant houses for families in Haiti,

i.e. providing them with a safe and dignified place to live. To help raise the standard of living in Haiti for the future, the houses are constructed with electricity, as well as bathrooms, just like our standard house models. This project has created jobs and provided young men with professional training, which has not only given them the ability to provide for their immediate needs, but also for their, and their families’ future needs.

As an external project of Lebensmission,

we are able to help keep their administrative costs very low by allowing them to use the existing workshop, warehouse and office space in the Kinderdorf.

was born on January 23, 1973, in Terre-Neuve, Haiti. After the death of his parents, Dieufort lived in the Mission de Vie (Lebensmission) Kinderdorf in Gonaives. When he was eleven years old, he was adopted by Karlheinz and Stefanie Wittmer, who were working at the Kinderdorf as part of a two year commitment abroad. In 1986, Dieufort moved to Germany with his adoptive parents where he first finished school, then completed a carpentry apprenticeship, and finally, went on to earn a diploma as a construction engineer, specializing in woodwork.

Dieufort, a former Kinderdorf child, is now investing his personal strengths and professional skills back into the place where his roots are. In October 2011, Dieufort resigned from his job in Paris, and moved to Gonaives, with his wife and two daughters in order to move HABITAT-HT forward. Together with other former Kinderdorf children, like civil engineer Guirlo Pierre and carpenter Frantz Pierre, Dieufort assembled a Haitian team that has proven to be very successful in their profession over the past several years. 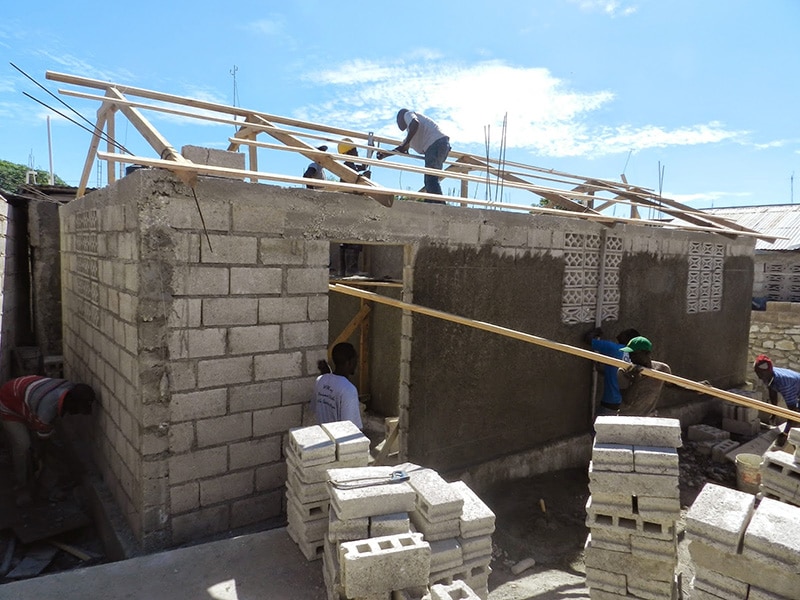 “The creative Haitian way of life in combination with German thoroughness, precision, and discipline.This specific combination, that ideally complements both sides, opens the door to new opportunities. However, only if we work together, can understanding grow, and can we learn from one another. This is what will pave the way for a better future – for both sides.”

Who would be more perfect here than a Haitian-European who knows and loves both sides?

Donate to Lebensmission and write “HABITAT-HT” in the subject line